Article and Photos by W.D. McIlveen

Each year sees the production of millions of Pumpkins on extensive areas of agricultural land. Some of those Pumpkins are used to make pies, various baked goods and other sorts of edibles including Pumpkin seeds. The vast majority of the large orange fruit are either destined for Jack-o’-Lanterns at Halloween or are not even harvested. A cynic may suggest that the entire cultivation of Pumpkins involves rather frivolous use of agricultural land. Those people that do grow the crop in a conscientious manner can realize a good profit for their efforts.

Of the pumpkins that are acquired by members of the general public, the majority become Jack-o’-Lanterns but some are kept intact as ornaments. The latter obviously remain in an intact form. When Jack-o’-Lanterns are produced, two basic products will result. One of these is the outer shell that is further carved into the standard Halloween face. But in order to get that stage, the innards and seeds become a material that needs to be managed. Sometimes, the seeds are saved as a snack food. The inner part is something that has no real value to humans and the shells of the seeds fall into the same category. After a short life as a Jack-o’-Lantern, Pumpkins become a bit of a problem on November 1st each year. They soon start to show signs of deterioration (loss of water due to the cut surfaces) and people start to look for ways to dispose of them. This issue regarding what to do with them is at the core of this article.

In recent years, it has become increasingly apparent that people are not following good practices regarding their used Jack-o’-Lanterns. A fair number appear to be smashed in place by vandals while others have ended up being thrown out along roadsides, in parks, and in various woodlots. There may be some value of the Pumpkins as food for wildlife but disposal could lead to attraction of the wrong kinds of wildlife or possibly even releasing Pumpkins as a wild plant if seeds are left within the Jack-o’-Lantern. Disposal of Pumpkins in natural areas may be contrary to local by-laws. Most municipalities have had to develop rules or guidelines for their own local area because of the scale of the Pumpkin waste. There may be some slight variations from place to place regarding the disposal of the unwanted Pumpkin waste so people are advised to check the rules that are relevant to their own particular location. Generally, in our area, people are asked to place their unwanted Pumpkins in with their yard waste or to include them in their own backyard compost pile. They are preferably not to be included within green bins and are definitely not wanted in general garbage where they take up landfill space. They should not be thrown out along roadsides or in natural areas. 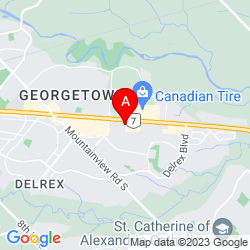 Meetings are held at the Hillsview Active Living Centre
318 Guelph Street, Unit #9
Georgetown (entrance at the back of the building)Ont.

Meetings are the 2nd Tuesday of each month from Sept to June at 7:30PM,
unless otherwise noted.